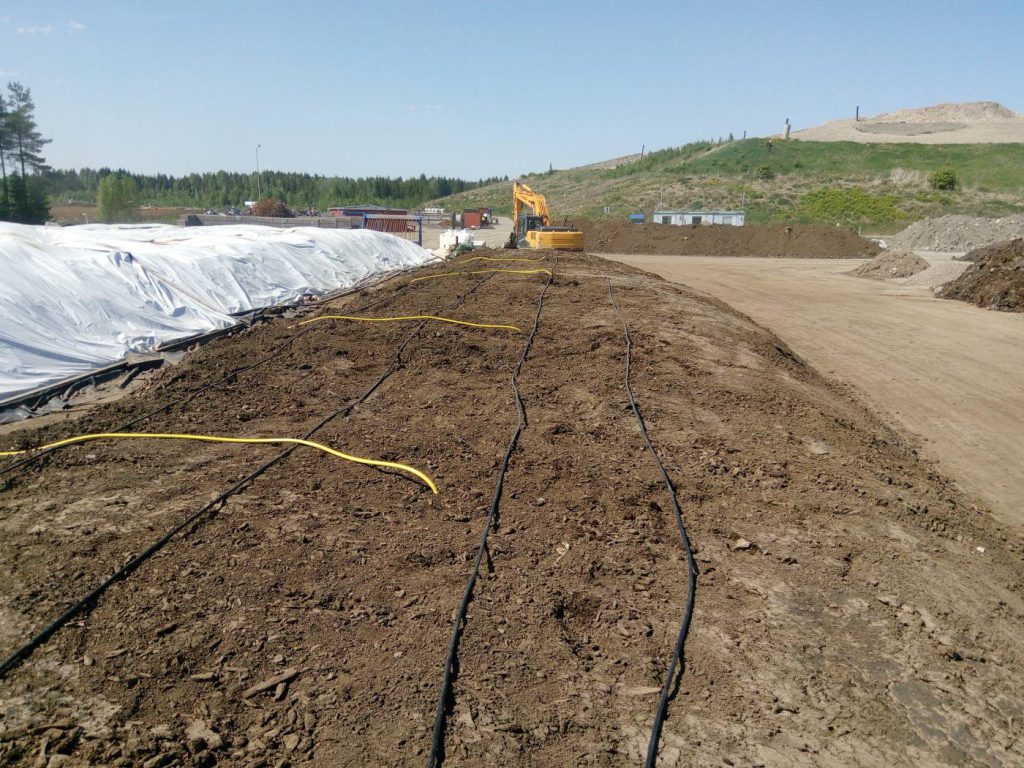 Doranova has conducted a DoAct® PILE windrow-remediation pilot during the years 2017 and 2018 with landmasses originated from a company accepting and receiving contaminated soils. During remediation, a full advantage has been taken from the expertise of Doranova’s staff in the optimization of biological remediation in its own in situ remediation projects. The soil volume in the pilot was approximately 1 500 tons in which the total petroleum hydrocarbon concentration has varied between 10,000 – 150,000 mg/kg.

During the remediation, the aim has been to maximize the optimum conditions for biological degradation of contaminants. Under inspection have been, e.g., pH and moisture, oxygen and nutrient concentrations as well as temperature. In addition to field testing, Doranova has conducted laboratory experiments at its premises in its R&D-sector for the client. The laboratory tests have included the potential of chemical oxidation in remediation as well as optimization of nutrient concentrations and aeration volumes.